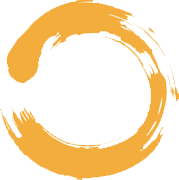 A short documentary based on the breathtaking north eastern state of Arunachal Pradesh during the harshest of winters.

The Wild West Of India

A film on the unique wildlife, communities and habitat of western India. The film travels through the beautiful grasslands of Velavadar to the deserts of the Rann of Kutch while eventually ending up at the dry deciduous regions of Gir.

This short documentary explores the Konkan Railway section of the Indian Railways network as it is challenged by the monsoon each year.